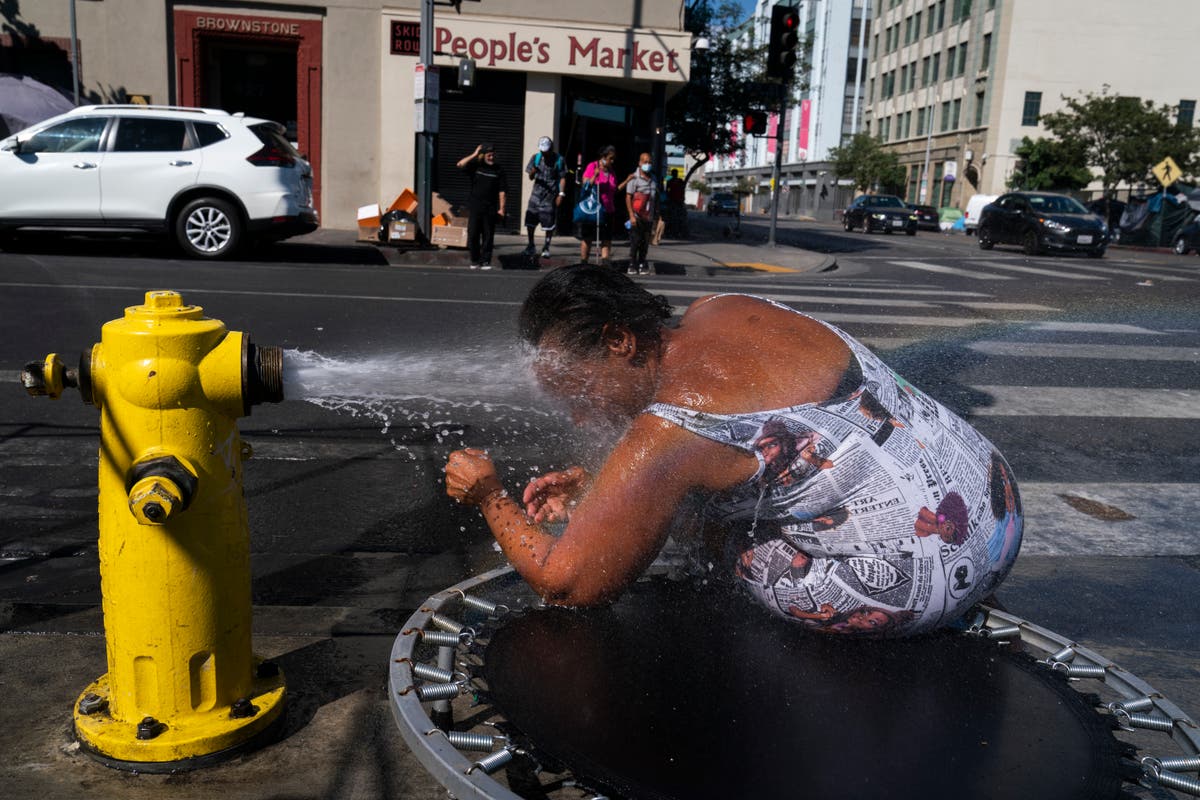 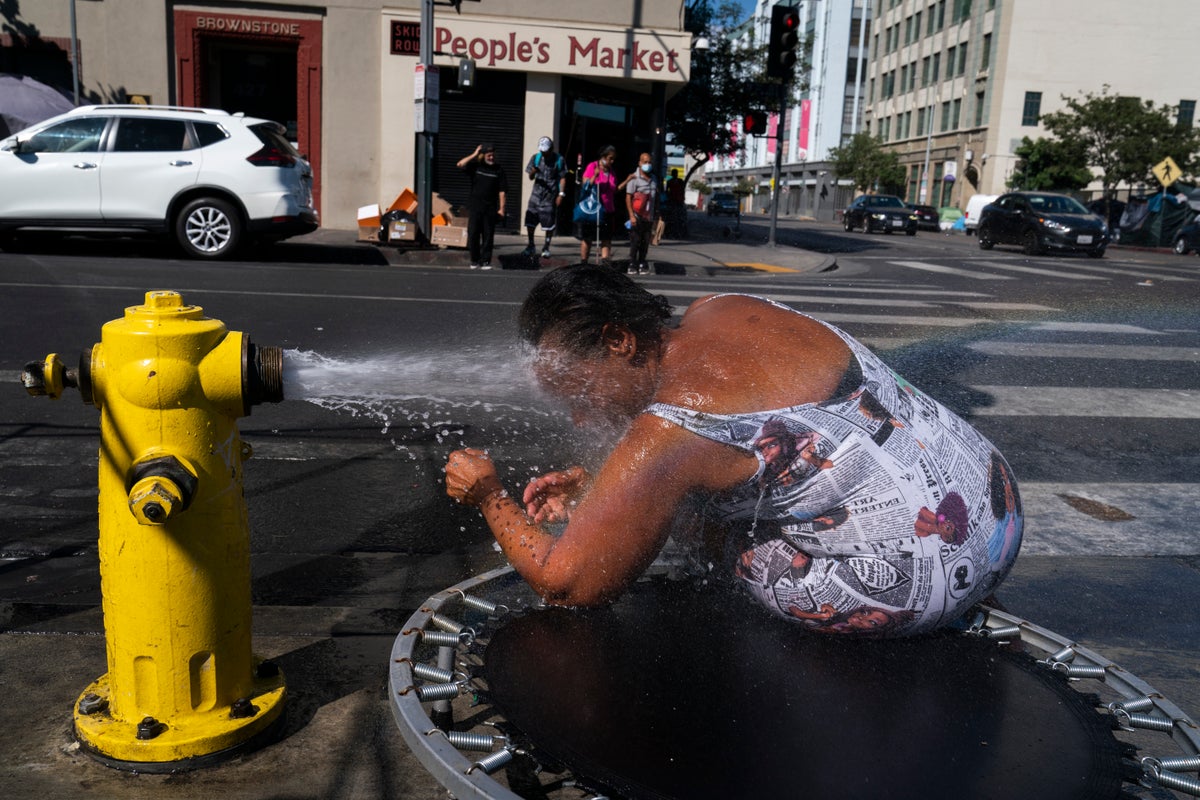 Californians sweltering in the escalating heat wave in the West were asked to cut air conditioning and cut other electricity consumption again during critical hours Friday to avoid stress on the state’s electrical grid that could lead to progressive blackouts.

It was the third straight day of requests from the state’s power grid operator for voluntary cuts in the late afternoon and evening hours to balance supply and demand as millions of residents endured triple-digit temperatures.

The California Independent System Operator said several generators have been taken out of service due to the extreme heat, making power supply tighter.

Electricity demand peaked at 47,357 megawatts on Thursday, the highest since September 2017. Cal ISO praised savings and reduced commercial use with keeping the grid stable.

“The biggest concern right now is even higher temperatures forecast for Sunday, Monday and Tuesday, with the expected load rising to more than 49,000 megawatts Tuesday,” Cal ISO said in a statement.

Governor Gavin Newsom declared a state of emergency on Wednesday to increase energy production and relax rules aimed at reducing air pollution and global warming. He emphasized the role that climate change plays in the heat wave.

“September kicks off in the west with record-breaking temperatures and fire weather expected to expand and settle this part of the country this Labor Day weekend,” the National Weather Service said.

Author Stephanie Solomon, 33, brought her pet turtle along with a portable baby pool with a miniature umbrella to keep it cool while she sold her children’s books on Huntington Beach Pier.

“It’s really hot here today. Well, Penelope Joy is a desert tortoise, so I think she’s the only one who really enjoys this heat, as hot as it is now,” Solomon said as surfers and swimmers took refuge in the ocean below.

Solomon said she was aware of the power situation and her air conditioning was off while she was gone. But she planned to activate it over the phone on her walk home to “make sure it’s nice and cool there.”

That wasn’t an option for some as temperatures climbed into the 90s in Colorado on Tuesday. About 22,000 Xcel Energy customers were unable to raise their air conditioning after receiving reports that the thermostats were temporarily locked.

The customers had signed up for a program that allows the utility to adjust them to four degrees above the previous setting when electricity demand is high, the company said.

Usually, customers can choose to ignore the adjustments, but the company said that was not allowed due to an emergency due to an unexpected loss of power generation and the heat.

One customer, Christopher Empson, said his thermostat was locked at 81 degrees (27.2 Celsius). He said he couldn’t remember signing up for the program and wished there was more communication about what the company could do.

“I was a little taken aback,” he said, and “there are some people who, if their thermostat locks up, can be life or death.”

California “Flex Alerts” urge conservation between 4 p.m. and 9 p.m., the hours when solar energy production declines. The grid operator is urging people to use large appliances earlier in the day, charge electric cars and cool their homes, and then set the thermostats to 78 degrees (25.5 Celsius) or higher.

“The No. 1 most effective savings measure is to set thermostats to 78 or higher,” because air conditioners are the largest consumer of electricity in the summer, Anne Gonzales, a spokeswoman for the grid operator, said in an email.

“Traditionally, we’ve asked for 78 degrees because it has a good effect on our demand and it’s still comfortable for consumers to join in easily,” she says. “We always ask consumers to turn it up, if they can and if health permits.”

“If you put that puppy too low, he’s going to run all the time,” Apt said. “That’s going to do two things, the first is that it’s going to use an awful lot of energy and the second is that it won’t give you any recovery time.”

The goal is to cycle units on and off, Apt said, and 78 degrees is a rough estimate for the sweet spot that can vary depending on a building’s insulation.

In California, customers of Pacific Gas & Electric, the nation’s largest utility, can voluntarily have their Internet-connected thermostats controlled during heat waves. The program automatically adjusts the thermostat schedule so that it consumes less energy during peak hours.

Customers can get $75 to participate and opt out by simply turning their thermostat to a different temperature. The company does not lock thermostats, said PG&E spokesman Katie Allen.

“We’ve opened cooling centers in the past, but this heat wave seems to be real,” says Dr. Ori Tzvieli, health officer in Contra Costa County, east of San Francisco.

Some refrigeration centers will be especially for the homeless, and an outreach team will also distribute water to the homeless and inform them of the resources available, Tzvieli said.

Officials also said the heat would amplify the effects of smog. The Bay Area Air Quality Management District has issued a warning about unhealthy levels of ozone pollution, especially for children, seniors, and those with respiratory and heart conditions.

Why was the sick gangster transferred to a violent prison?