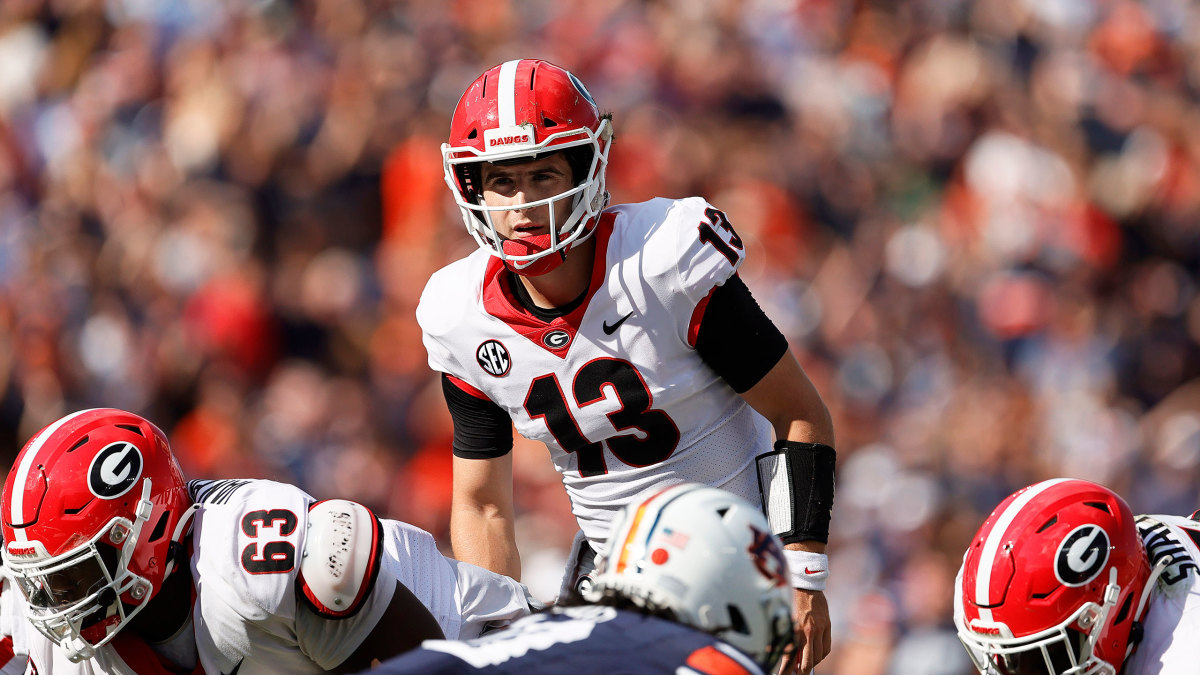 Despite the sport’s best efforts to distract us with a summer of talk about transfer portal, reshuffle, NIL and governance, we made it through college football season. It can sometimes be hard to remember why we love the sport, but a fun Thursday night to tickle the palate should have refreshed the memory quickly. Yes, real football is back and not a moment too soon. In this semi-live blog, we’ll be keeping up with the stats, quirks and general madness week after week throughout the season. For now, here are three games to keep an eye on on the second screen while watching your team on the big screen TV. Welcome back, football; we missed you.

Watch out for the ACC team going into a group of 5 opponents in week 1. Watch out for a team from the Carolinas going to Greenville (ask South Carolina, which barely survived an opener like that last season). NC State is bringing back a lot of talent and quarterback Devin Leary as a steady whirlwind force behind the center. Replacing both offensive tackles could present a challenge early in the season, but the Wolfpack has their sights set on a serious ACC challenger for big boy Clemson this season.

The Tarheels came out of the blocks slowly in week zero, with a lead that was closer than you would like at halftime over the shorthanded FAMU, before getting things started after the break. Sophomore Drake Maye gets his second start here and will start building. But if the spread of this game is any indication, UNC should have their hands full with App State along the way. Shawn Clark’s Mountaineers gave Miami everything it could with a two-point loss last September, and their only other losses last season came to conference champions Louisiana. App State has been a legitimate top-40 team under Clark every year with a solid defense year in, year out for much of the past decade. But to match UNC’s firepower, the new receivers will have to show up soon.

Don’t expect the Rams to give the Wolverines much of a game, but do notice how QB Cade McNamara fares in this game. He may be last year’s starter, but in this game his job is on the line. The Wolverines will start him this week, and JJ McCarthy next week in what Jim Harbaugh called a “biblical” approach to a QB race.

The champions are back and they’re playing not too far from home in what can hardly be considered a neutral site game in reality. Georgia’s tight ends should be the story this season as the offense looks set to adjust with veteran QB Stetson Bennett. The three-headed monster of Arik Gilbert, Darnell Washington, and Brock Bowers is a matchup nightmare for the Ducks (and just about everyone in college football). Luckily for them, institutional knowledge is in place with former UGA defense coordinator Dan Lanning taking over as head coach for his first game. Unlucky for the Ducks on both sides, as starter Bo Nix is ​​0-3 against UGA in his previous match-ups against them with Auburn, with his last two appearances having been particularly bad. He’s in a new place with new talent around him, and we’ll see how he stacks up against a new-looking Georgia defense replacing transcendent talents that propelled him to a national title.

Cincinnati had its roster ambushed by the NFL, which is both a good and a bad thing, especially when you consider it’s up against an SEC team on its way. Arkansas was competent and fun under coach Sam Pittman and is one of the few teams to return a head coach and both coordinators for three seasons in a row. The Hogs have continuity and an identity and will try to bully the Bearcats into the attack. But don’t expect Luke Fickell’s Cincy team to go down without a serious fight if it loses.

The dream season for the Roadrunners is in the rearview mirror as they look to open this year with a big win in the state. But Houston has high ambitions this season and even without walking back Alton McCaskill, who was injured in the spring, this offense should light up the scoreboards. But it’s the defense the Cougars bring to the table that could give them more than enough to seriously compete for the G5’s New Year’s Six berth by the end of the season, but the Roadrunners could prove to be an early spoiler .

Perhaps there’s no worse type of opponent for Billy Napier to start his tenure with than a sloppy Utah team who plans to drag the Gators into a bar-room fight for 60 minutes of physical football. The Utes have hopes for Pac-12 titles in their sights and maybe even more if the season breaks well. Expect Florida’s run game to be good, but the big question is how well can the gun-armed Anthony Richardson fit in?

If you like unique offenses then this is the game for you. The Army option is surgical in its precision and the classic version of the triple. Coastal has a new school approach with a great quarterback in Grayson McCall. Pay attention to army edge Andre Carter II because how coastal plans around the lanky defensive force will go a long way in determining how this game will play out.

The Marcus Freeman era kicks off in the weekend’s big helmet game against a team many have signed up for in the national championship game. It will be fascinating how Notre Dame plans to defend Ohio State’s explosive pass attack. While in Cincinnati, Freeman’s defenses were man-to-man all day long. That can be difficult against the guns of the state of Ohio. Check the defense for OSU how far the new defensive coordinator Jim Knowles has made the transition from the unit from a mostly single high Cover 1 and Cover 3 outfit to something multiple. The rigidity has been the death knell for Ohio state against championship-level opponents in recent years.

The mystery box of the weekend will be opened on Sunday evening in the SuperDome. With new coach Brian Kelly and a team from the state of Florida looking to reach their expected heights, expect the unexpected in this game, but like last year’s opener between FSU and a Brian Kelly-led outfit, you need to be careful. are with too much stock in the match. result in the pre-season. 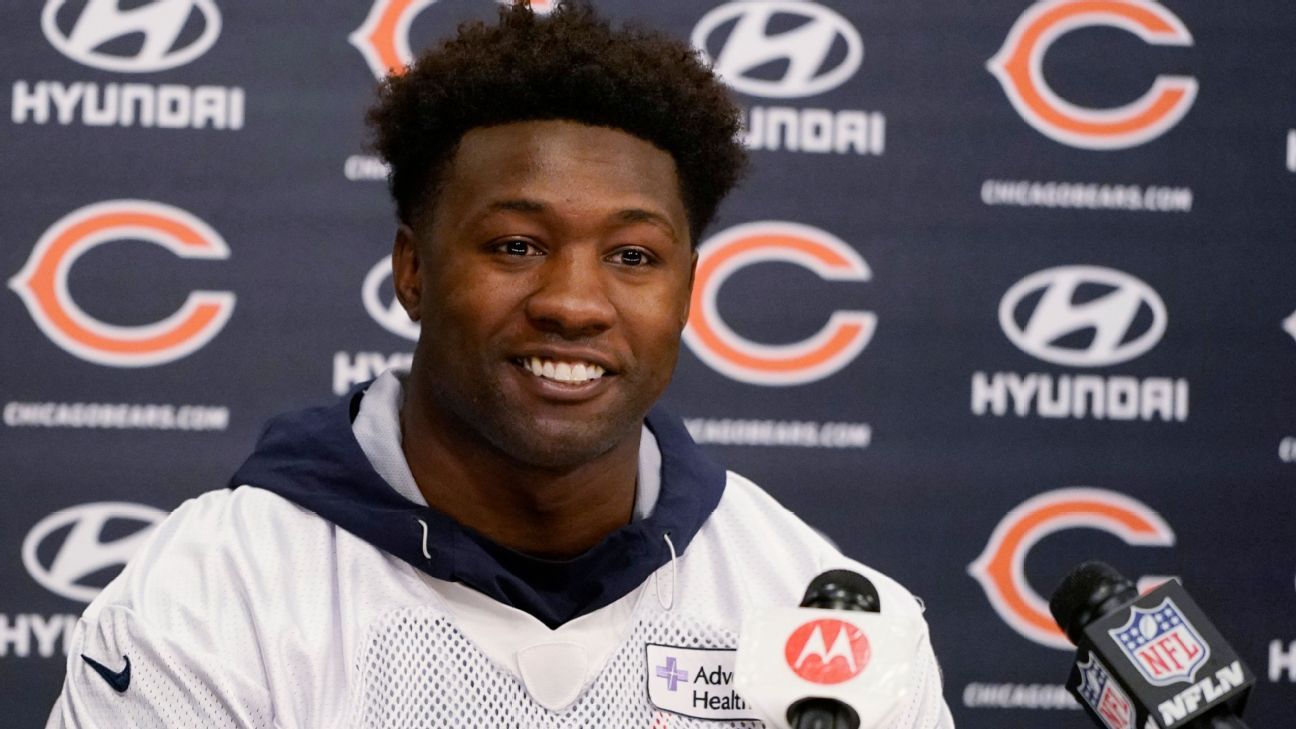 Red Bull on a completely different level at Belgian GP