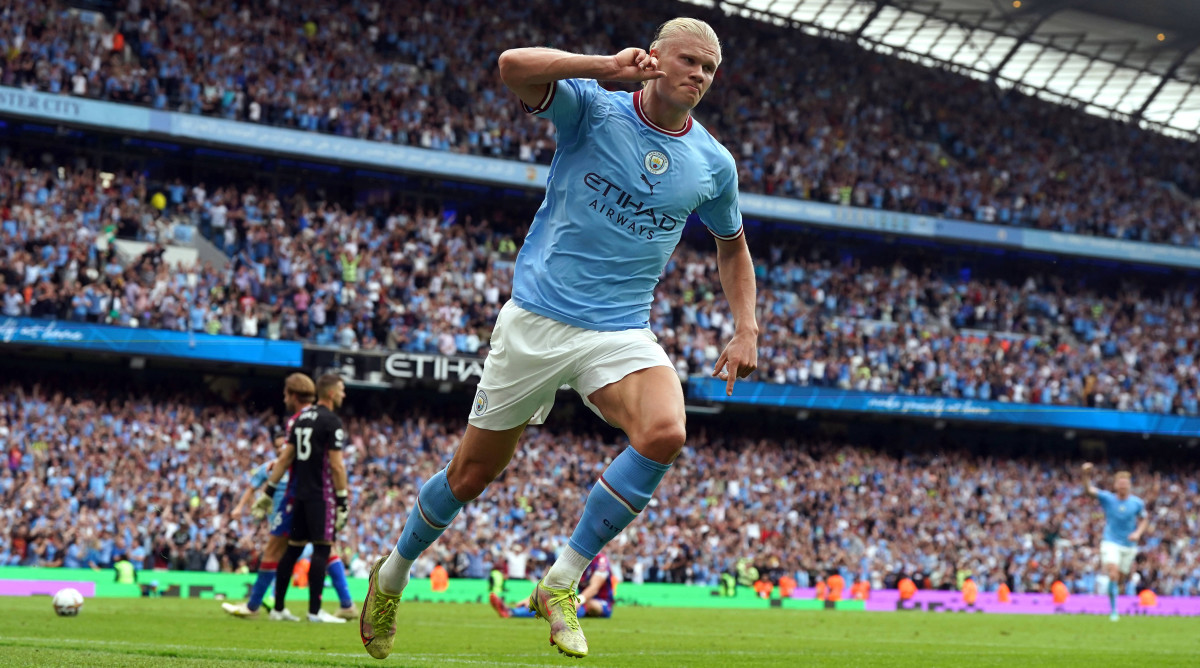 Complex as it has become, with its regular coaches and analysis teams and intricate tacticians within every team around the world, football can sometimes be a simple game. For example, if you take one of the best young strikers since the turn of the century and put him on a team that creates goals better than any other, you immediately have unstoppable attacking power.

As young as Erling Haaland is (he only turned 22 in July), he has pretty much all the qualities you would expect from a striker: speed, strength, intelligence and an otherworldly finish. And as powerful as Manchester City (four Premier League titles in five years), it has only missed one thing since Sergio Aguero began to decline after the 2018-19 season: a pure goalscorer to lead the attack. Now, following a summer transfer from Borussia Dortmund, two of the most exciting forces of European club football in recent years have joined forces. Haaland has set the league on fire by scoring nine goals (a recording for most goals in a player’s first five Premier League games) and become the first player to have two hat-tricks by the end of August. The player-club partnership has somehow raised the level of both, creating an attack that seems destined to break records and perhaps shift the balance of power on the European front in City’s favor.

For the past two years, a combination of Aguero, Gabriel Jesus, Ferran Torres and sometimes no one at all has been on the lead at City. The use of a false nine became more common as Pep Guardiola adjusted to life after Aguero. Although City never really struggled to get the ball in the net – they led the Premier League in goals scored and won the league in both seasons – there was still a sense that it could reach another level, especially against the top league.

In 10 league games against the rest of the Premier League’s “Big Six” in 2020-21, City scored 14 goals out of 19.7 goals expected (xG). Those matches resulted in five wins, two draws and three defeats – solid results, but the lack of elite finishing clearly hampered the team. Last season, numbers were better against England’s top teams, but Guardiola’s team underperformed his xG in seven of his nine draws or losses this season.

Examining those nine games, the need for a world-class striker was clear. There were quite a few fouls in front of goal, which a player with more confidence in that area would expect to finish 99 times out of 100. City themselves knew this gap existed when they pushed hard to sign Tottenham’s Harry Kane before the season. When the deal fell through and Guardiola settled for $130 million Aston Villa winger Jack Grealish, the club knew it was going into the season without a solution to its only emergency.

Kevin De Bruyne finished as the team’s top scorer last season with a whopping 15 goals at just 6.5 xG. Four of City’s attackers underperformed based on their xG. There were a lot of wasteful moments, especially in the few mistakes in the Premier League game.

Of course, every attacker will miss a babysitter from time to time. Haaland did so himself in the first competitive game of his City career, missing a gaping net in the Community Shield vs. Liverpool.

But what Haaland does bring (and is already starting to change in this City team) is elite finishing from all over the 18-yard box. He outperformed his xG in each of his three seasons in the Bundesliga. He already does that in the Premier League, with nine goals at 6.6 xG.

Perhaps just as impressive – and important – as his finish is his movement. Guardiola’s system has seen many different attackers and midfielders fly into the penalty area in recent years, making it difficult for defenders to predict which player will actually want to come behind. But sometimes it also left space in the middle where a point should have been made if a real striker had been on the field.

For a team that has scored more than anyone else in Europe, City was strikingly in the middle in terms of completed crosses last year. It’s not hard to see why.

In the draw against Southampton, here’s an example of a perfect ball sent behind defense by João Cancelo – and no one can get close to it. There is simply no one occupying that space on the edge of the six-yard box, especially late in the game when it will be more difficult to attack by midfielders.

The remarkable thing about Haaland’s movement is his ruthlessness. He’s a 90-minute, 6’4″ energizer bunny at striker who keeps getting the right runs until he gets serve.

Here just past the hour against West Ham, Haaland has his eyes set solely on receiving the ball from the back of the counter. He gets an inch-perfect through ball from De Bruyne, and even with the defense flipped and expected, he’s through on a one-on-one which he coolly blasts in.

The best example of what he brings to City was his hat-trick against Crystal Palace. Each goal showed a different aspect of his skills. In the first, trailing 2-1 on his part, Phil Foden appears to be taking a cross from behind, something he did sparingly a year ago.

Haaland anticipates the ball on the edge of the six-yard box, knocks the defender to the spot and easily kicks it in with his head. When City is on the ball, Haaland lives in the center of the penalty area, running after run and waiting for a ball like this. The movement into the penalty area of ​​other City players is still there, but Haaland will occupy that space in the center that was sometimes empty.

His second goal may have been the easiest he will score all year, but it was only made possible by his positioning. John Stones grazed a shot and Haaland expects a ball at the back post that lands right in front of his feet for a simple tap. Again, it’s a space usually only occupied by a striker whose mind is solely focused on goals.

The third, by far the most skilled, shows exactly what makes him so dangerous. With City already ahead in the 80th minute, Haaland is absolutely advocating the ball on the counterattack. İlkay Gündoğan obliges, and Haaland holds the center back on his hip before finishing emphatically past Vicente Guaita.

The astonishing goalscorers can continue. Haaland averages just 23 touches per 90 minutes and more than two goals. That score percentage will likely fall back to Earth, but chances are City will find more ways to serve him regularly. There is still an adjustment period – after the game against Crystal Palace, Haaland joked that he was happy that Foden had “finally” played the ball to him.

Combine all this with the fact that he is years away from his best performance – as well as having the benefit of five weeks off mid-season during the World Cup – and there’s no reason to believe he’s Alan Shearer. and Andy Cole’s Premier League record of 34 goals (and their achievements came in a 42-game season; Mohamed Salah has the record of 38 games with 32).

Early signs show that, regardless of the competition, Haaland may be unstoppable. The next evolution of Pep Guardiola’s Manchester City has arrived. 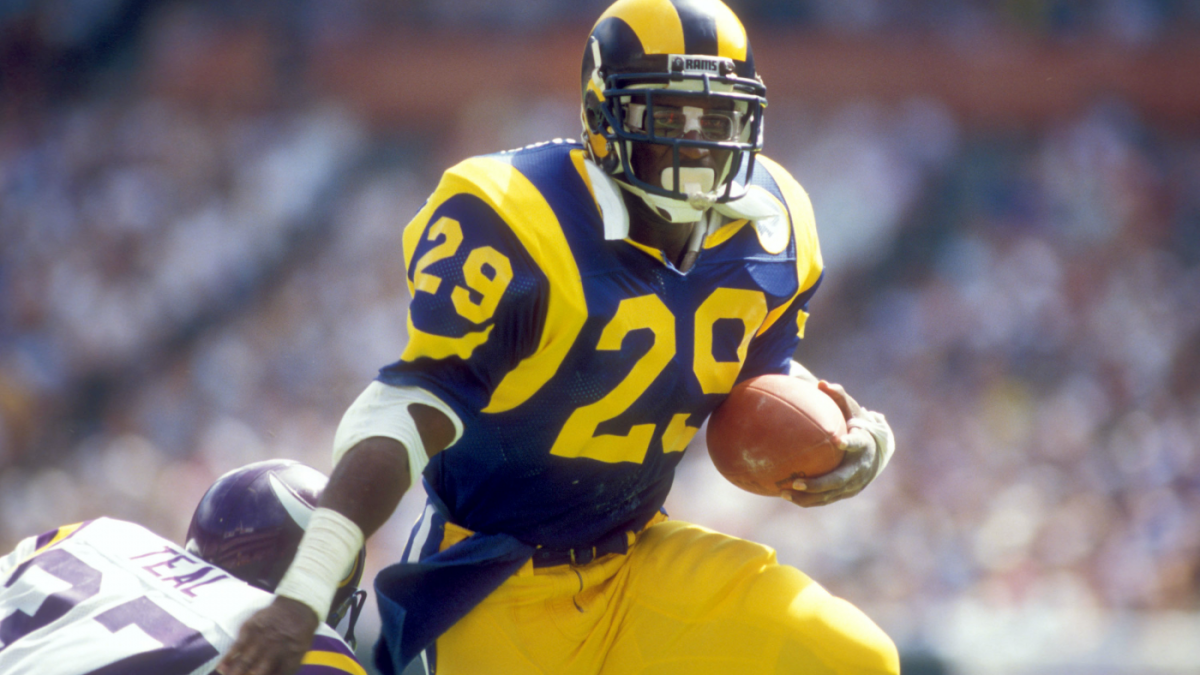 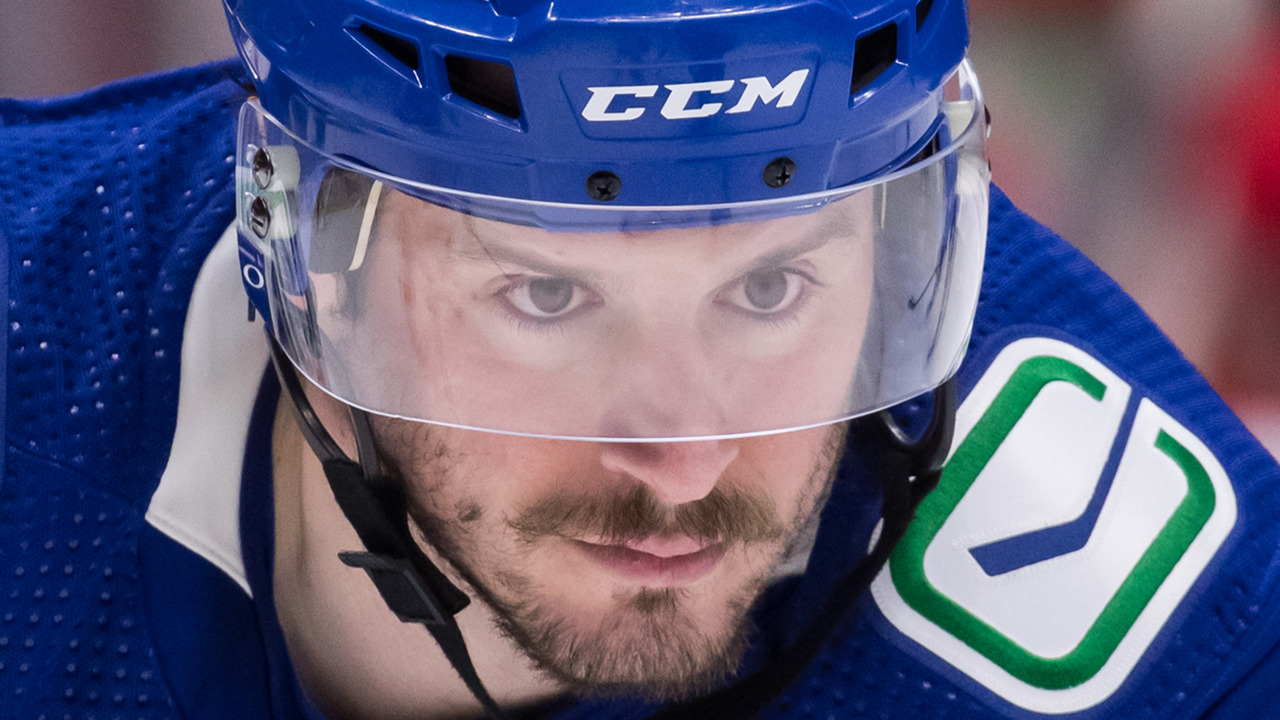