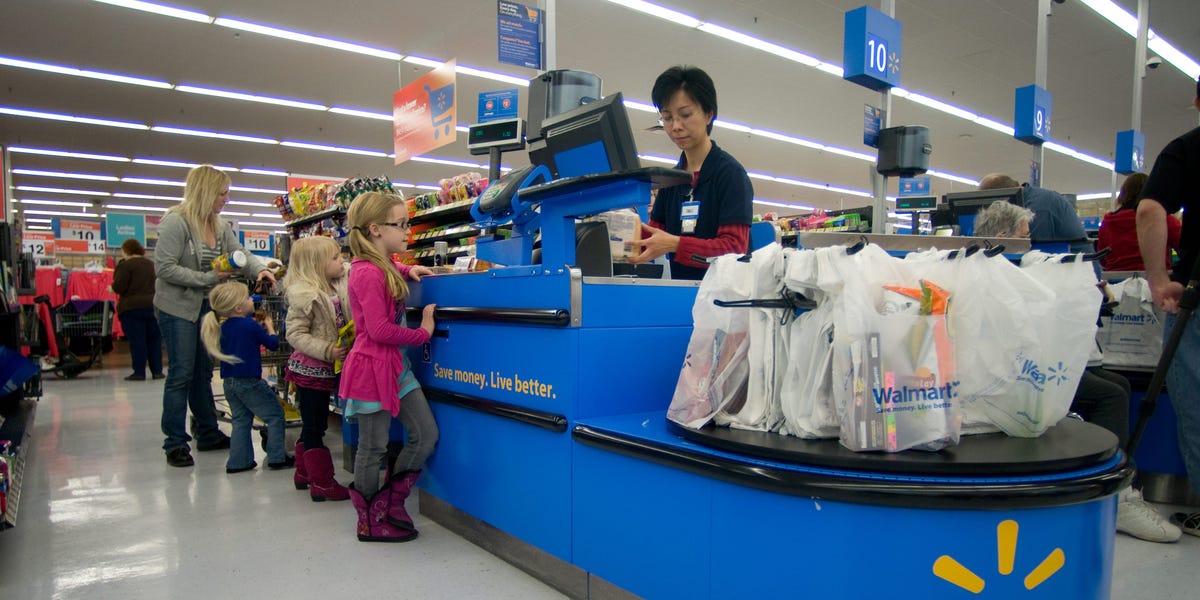 The US may be over inflation, but if history is anything to go by, the road back to normal will be a long and treacherous one.

Prices have been rising faster than normal for a year and a half. Supply chain entanglements, geopolitical tensions, and extraordinary demand from Americans caused companies to ramp up prices and accelerate inflation at the fastest pace since 1981.

Despite being four decades old, the inflation of the early 1980s teaches many lessons about what the coming months hold. Most importantly, the return to normal price growth will still bring some economic pain.

After stressing for months that pandemic-era inflation was “transient,” the Federal Reserve intervened in early 2022 to cool the rise by quickly raising interest rates to slow the economy.

Progress so far has been encouraging. Annual inflation slowed to 8.5% in July, according to the consumer price index, giving Americans the first sign that the worst price hike was over. Gasoline, vehicle and commodity prices continued to fall through August, indicating that the next CPI print will come in even lower.

Policymakers generally expect inflation to slow from now on. The Fed forecasts that inflation will decline to 5.2% yoy through December and be just above the 2% target by the end of next year.

If the forecasts are correct, the inflation cooling will last 17 months, as long as the price rise took. But the precedent suggests the recovery won’t be without pitfalls. The inflationary period of the 1970s and early 1980s was the last time Americans experienced such crippling price increases, and the discomfort they felt from that cooling hints at what households will experience over the next year and a half.

“We’re past the hysterical stage and now we have to live with it,” Mark Cohen, director of retail studies at Columbia Business School, told Insider. “It’s what we’ve had to do in the past — and have done it successfully.”

Brace yourself for ‘pain’ on the way to normal

Fed Chair Jerome Powell made it clear in his August 26 comments: the cooling is going to hurt.

“While higher interest rates, slower growth and softer labor market conditions will bring inflation down, they will also hurt households and businesses,” he said. “But if price stability is not restored, that would mean a lot more pain.”

The prediction, included in Powell’s annual speech at the Fed’s symposium in Jackson Hole, Wyoming, sums up the difficult place the central bank is in. Higher interest rates are the Fed’s main weapon in fighting inflation, but one cannot rush rate hikes without serious considerations.

The labor market will suffer. Data from Tuesday showed that job openings are still two-to-one larger than available workers, prolonging a months-long trend of extreme labor market imbalance. There will “most likely be some easing” in working conditions, Powell said, as that gap between worker supply and demand keeps inflation high.

Mass layoffs and workforce delays were noted in the early 1980s when the Fed, then chaired by Paul Volcker, aggressively raised interest rates and slowed the economy. The unemployment rate nearly doubled from 5.6% to 10.8% between 1979 and 1982, hinting at what might come if the central bank fights skyrocketing inflation again.

Volcker’s example suggests it’s better to take the employment hit rather than wait, Powell said. The inflation slowdown of the early 1980s followed a number of more modest attempts to curb price growth in the 1970s, and that slowdown required the Fed to raise interest rates to record levels — and trigger a recession — to eventually beat inflation. . Powell indicated that he wants to “avoid that outcome by acting decisively now”, but some damage to the labor market is inevitable.

“Until we start to see some significant job losses, it will be very difficult to cool the job market,” Christopher Schwarz, a professor of finance at the University of California Irvine, told Insider.

Inflation is falling, but some prices are still rising

The July inflation report showing the slowdown in inflation was encouraging, but it doesn’t mean Americans are about to be ravaged by a barrage of rebates.

Slower inflation, which means a slowdown in price increases for many items, is welcome news, but only a few items in the CPI basket actually got cheaper that month. Prices for food, electricity, new vehicles, medical care and housing all rose through July, and it was mainly a large drop in gas prices that pushed nominal interest rates down.

The next 17 months will probably look the same. Inflation has historically been more volatile for food and energy prices, while prices for manufactured and packaged goods tend to rise at a steady, albeit usually slower, pace.

The recent slowdown in the CPI reflected the decline that occurred as the oil crisis of the 1970s subsided. But just as some items became more and more expensive in the 1980s, some goods and services will not receive discounts in the coming months.

“Things are getting cheaper at the pump and in some parts of the grocery store, but price cuts aren’t becoming widespread,” Columbia’s Cohen said.

Higher rates will also make some large-scale purchases less affordable. The Fed’s rate hikes have made mortgages, loans and credit card debt significantly more expensive than at the end of last year.

The housing market in particular will suffer. Price growth largely slowed over the summer as buyer demand evaporated. But even as house prices begin to fall – in some cities they already have – higher mortgage rates pose another hurdle for potential buyers. Buyers looking for a deal already have to pay a much higher bill on their monthly mortgage payments, offsetting any benefit that comes from falling home prices.

The news isn’t all bad. Despite inflation having to fall from its four-decade high, the downward trend should be faster than that since the early 1980s. Demographics are partly to blame, Schwarz said. The wave of family formation as the baby boomer generation entered their first years of work and family in the early 1980s created huge demand at a time when the economy needed less spending. Today’s population is aging, which means that inflation could “cool down much faster than it did in the 1980s,” Schwarz said.

The unusual nature of the pandemic economy and its recovery could also lend a hand. Inflation rose “faster than most forecasted” in 2021, made possible by a nationwide reopening, record stimulus and pent-up demand after months of lockdown, Cohen said. That is now counterproductive. As long as the US can avoid shocks such as a new virus variant or global trade troubles, the rapid nature of economic shifts in the pandemic era could be a boon in the coming months, the professor said.

“The rate of change is greater than what has been observed in the past,” Cohen added. ‘Three months ago that was bad news, but today good news. Let’s see if it lasts.’ 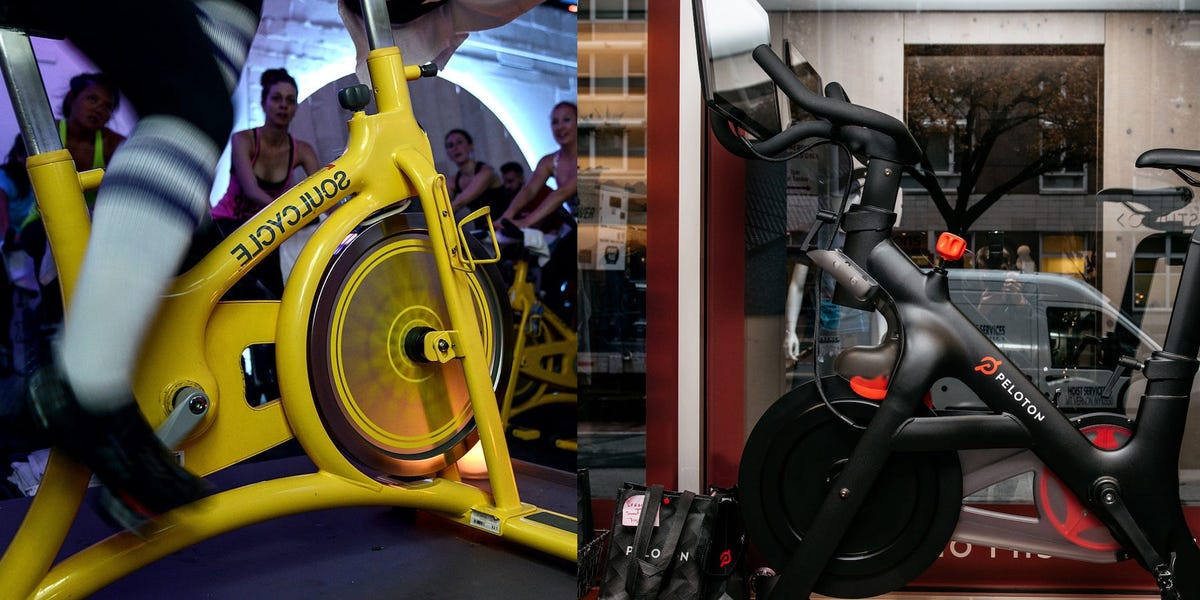 the demise of SoulCycle and Peloton