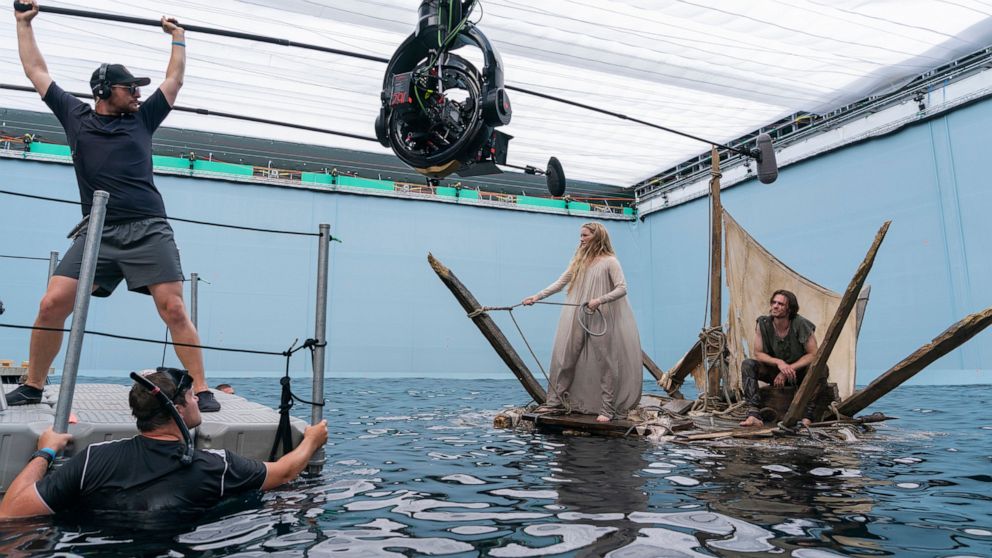 Amazon Studios has launched “The Lord of the Rings: The Rings of Power,” a series based on JRR Tolkien’s writings set long before the “Lord of the Rings” and “Hobbit” movies and books.

It is a television production of epic proportions, with an estimated price tag of $465 million for the first eight episodes, with plans for a 50-part storyline.

In recent weeks, the cast and producers have revealed some of the behind-the-scenes challenges it took to bring the second era of Tolkien’s Middle-earth to screens.

IS THE SHOW ONLY FOR HARDCARE TOLKIEN FANS?

“I don’t think anyone needs to do homework. Of course, having a prior knowledge of the lore and the world will only enhance the experience. But I think you can go in as a completely new fan of the world of Tolkien and Tolkien .” — Charlie Vickers, who plays Halbrand, a survivor of a human shipwreck.

“I really hope that we will bring some new fans to this kind of work in this world building in this kind of world. I find it quite diverse. There are of course families and kids and things like that that would love it. But any more than me, who like fantasy and still read it and go to the movies and movies and whatever – I think that will appeal too.” — Sara Zwaangobani, who plays the harfoot Marigold Brandyfoot.

“I have the feeling that the main character in Tolkien’s work is Middle-earth itself. If we can get that, the characters will make sense and come from there. I really hope there is something for everyone then, because the most important thing is that you are immersed in another country.” — Morfydd Clark, who plays the elf commander Galadriel.

“There is great evil in Tolkien and there is in this show. But we felt it was important that even evil had a point of view. We thought that was true for him. The first line in the show is ‘Nothing is bad in the beginning.’” — Patrick McKay, a showrunner and executive producer.

“There is fear with courage. And I think we now live in a world where society and outside forces can sometimes weaken that instinct, that fiery instinct to just do, which we idealistically rely on for ourselves.” — Sophia Nomvete, playing a dwarf princess.

“I definitely feel the weight of expectation on my character because he’s clearly portrayed in the movies and people have a sense of who he already is. But this takes place thousands of years before, at a point where, you know, we’re the beginning of his, well, exploring my character, his relationships with his family, his friends, his place in the world and what he really understands, to understand. want to do.” — Maxim Baldry, who plays Isildur, the human leader who gains an almighty ring.

ABOUT TRANSFORMING TO A MIDDLE-EARTH CHARACTER

“Every day two and a half hours in the make-up chair. And I sang songs with my fellow actors, Megan Richards, Markella Kavenagh. I spoke to my great team. Sometimes I just thought about my character and what I was going to do that day. Actually, we had a lot of fun in the makeup chair. Two-and-a-half hours sounds like a long time, but we actually had a great time, so it was like no time passed.” — Sara Zwaangobani, about the time when makeup and prosthetic artists were needed to transform into Harfoot Marigold Brandyfoot.

“Three hours to put it on and 45 to take it off. So it’s a big part of the day. It was real. And I also became very good friends with the makeup artist and the prosthesis artist.” — Owain Arthur, about the days when makeup and prosthetic artists were needed to transform him into King Durin IV.

“This is an iconic, necessary, revolutionary moment and I am very proud to fly the flag for generations to come in a franchise of this scale.” — Black actor Sophia Nomvete playing the dwarf princess Disa.

“I think when people talk about the budget of the series, one thing I keep saying is that I don’t think people want a budget version of this story. You don’t want bits of the sets and costumes falling on rental properties. I think you need the resources to tell a story of this magnitude.” — Cynthia Addai-Robinson, who plays the Queen Regent of Númenor.

GUIDE TO ANOTHER, ISOLATED, WORLD

“We filmed during a pandemic, a global pandemic. It was difficult because we were away from loved ones and our support systems for almost two years. But what that did is it forced us to lean on each other. And that is an attachment experience like no other.” — Nazanin Boniadi, who plays a human healer and single mother.

“It was difficult, yes. But we also had the special privilege of working. At one point we were the only show in the world recording – our colleagues had their shows paused and even canceled. The world was in and we could still go to the set every day. That was also a fire that fueled our performances. I think this became more than a show for everyone. It was our life and it was a love letter and a will to all the fans and everyone else in the world who were inside.” — Ismael Cruz Córdova, who plays an elf soldier.

“From the very first moment, I think, even from the audition stage, we’re not really supposed to share anything. So I remember when I was cast, and I was cast in the middle of the lockdown, and I couldn’t tell anyone. And then I left the country and I didn’t tell anyone where I was going because I thought, ‘Well, if I tell them where, they’ll know, they’ll know exactly what it is.’ — Cynthia Addai-Robinson, who plays the Queen Regent of Númenor.

“Those who both love Tolkien and who are passionate about Tolkien and any piece of work they may have read from Tolkien, I hope they respond to it and definitely connect with it. But I also hope there are kids that haven’t been introduced yet and that, you know, maybe they’ll be inspired to go back to the books and rediscover them or discover them for the first time.” — Markella Kavenagh, who plays a young harfoot girl.

“Obviously it will inevitably be compared to other current fantasy shows and especially the (Peter) Jackson movies. But the world is very different and we started with some brand new characters, some of Tolkien’s characters that have never been played before or never appeared in a live-action TV show. I think because it’s a brand new thing, it’s more exciting than worrying.” — Charles Edwards, who plays Celebrimbor.

“I don’t think we are the mothers. We’re just midwives or doulas at best. This is Tolkien’s baby and this is his world. And we’ve seen it as our responsibility to hopefully bring it about in a fresh, new way. If people feel his voice and his themes and his tones in the show even a little bit, we’ll just be happy. So we can’t wait for people to watch.” — Patrick McKay, showrunner and executive producer.

WHAT ABOUT THAT OTHER BIG FANTASY SHOW?

“Obviously it will inevitably be compared to other current fantasy shows and especially the (Peter) Jackson movies. But the world is very different and we started with some brand new characters, some of Tolkien’s characters that have never been played before or never appeared in a live-action TV show. I think because it’s a brand new thing, it’s more exciting than worrying.” — Charles Edwards, who plays Celebrimbor.

“I think if you look at a genre like fantasy, you can use the biggest stories to tell things that are very relatable. People want to be absorbed in the stories and they want to feel things and you need a big, big canvas to get into. able to do that. I’m a big fan of ‘Game of Thrones.’ I’m going to watch ‘House of the Dragon.’ I have a friend at House of the Dragon I think this idea of ​​having to pick one or the other – you can watch both You can watch more I will watch more So if you are a fan of genre , this is an incredible time.” — Cynthia Addai-Robinson, who plays the Queen Regent of Númenor. 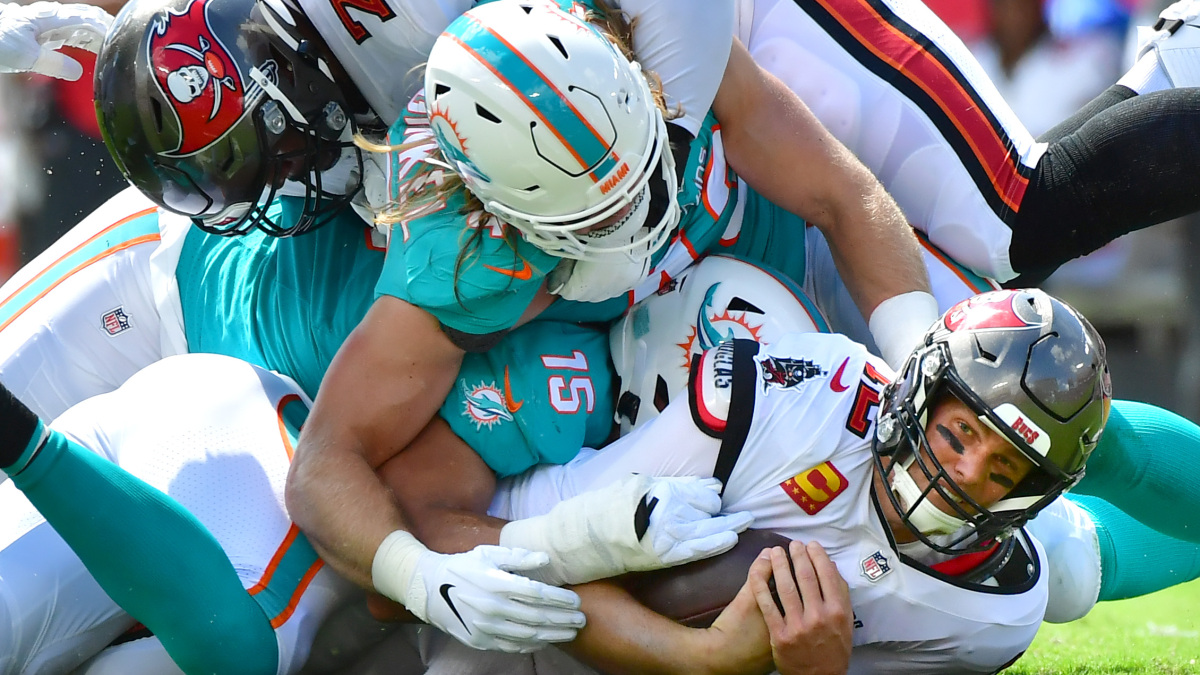 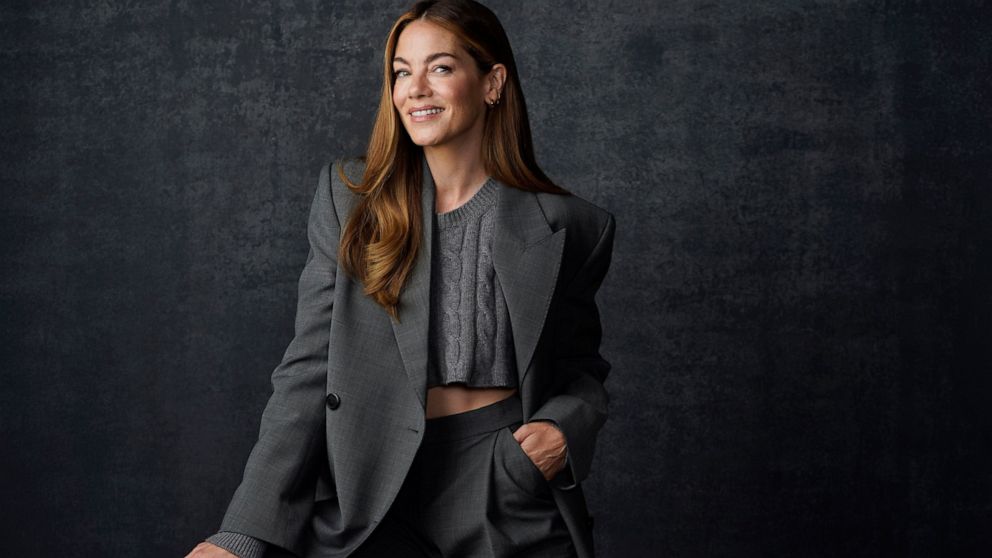