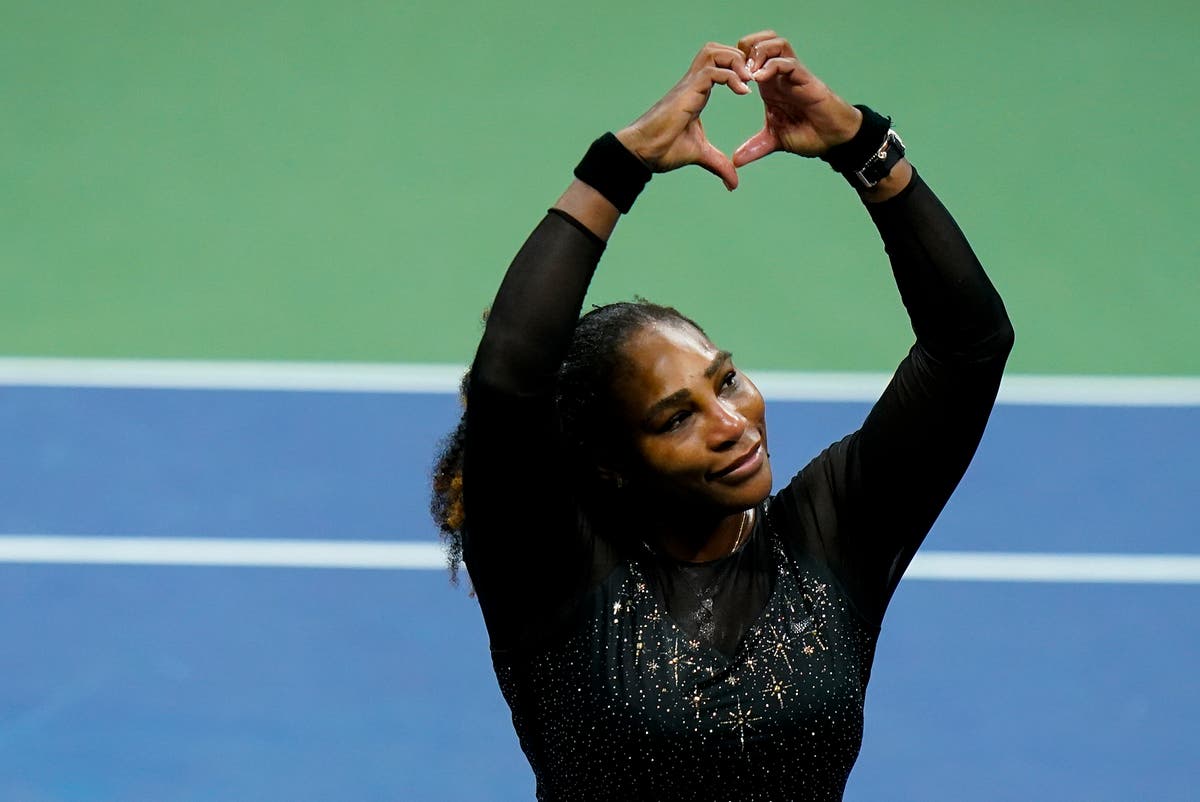 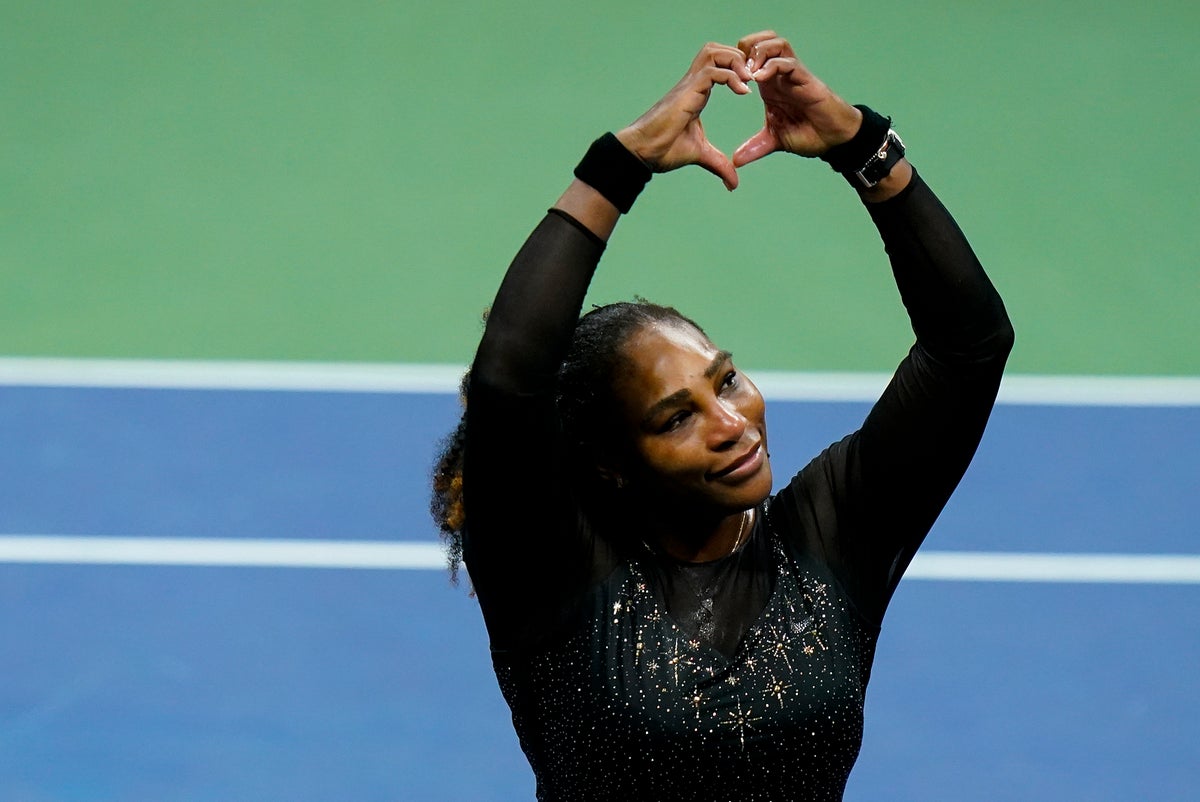 Serena Williams emotionally retired from tennis after a third-round loss to Ajla Tomljanovic at the US Open.

Williams’ performances against Danka Kovinic and Anett Kontaveit had given hope to the tens of thousands who flocked to Flushing Meadows in hopes that her swan song would have a fairytale ending.

But despite a memorable fight back in the second set in a raucous atmosphere, there will be no record-equal 24th grand slam title, with Williams succumbing to a 7-5 6-7(4) 6-1 loss.

The 40-year-old, who played her first professional tennis match in 1995, calmly walked to the net after missing a final forehand before swinging to all sides of Arthur Ashe Stadium as ‘Simply The Best’ played through the speakers.

Addressing the audience through tears, Williams said, “Thank you so much, you guys were amazing. I tried. Thanks Dad, I know you’re watching. Thanks Mom.

“I just want to thank everyone who is here, who has been by my side for so many years, literally decades, but it all started with my parents and they deserve everything, so I’m really grateful to them. And I wouldn’t be Serena if it wasn’t for Venus, so thank you Venus. It was a fun ride.”

Williams revealed earlier this month that, a few weeks before her 41st birthday, she had decided the time was right to distance herself.

Fittingly, it happened at the US Open, the scene of her first grand slam title 23 years ago, as well as her most controversial moments and where she was eventually embraced as America’s greatest tennis star.

Not sure if she would give her career one last chance this summer, she had no doubts that it was the right decision.

“This week has been really great,” she says. “Just so much support, so much love. It was really amazing and overwhelming. I am so thankful for it. The whole crowd really wanted to push me past the line. I am so grateful and grateful for that.”

Williams has once again set a great level as she has played very little tennis in the last 18 months.

She looked set to win the first set as she had a 5-3 lead, but her serve, the shot that was her greatest weapon, didn’t quite work and as she tightened, Tomljanovic took advantage and won four games in a row.

Williams reacted brilliantly, leading 4-0 in the second, but the certainty that would have accompanied such a lead for most of her career is gone and Tomljanovic has returned.

Williams missed four set points in a long eighth game, but three points from the end at 4-4 in the tiebreak, she took a deep breath, served an ace and forced a decider.

But as the game approached three hours, Williams’ physical exertion began to take its toll and she had little left to give.

At 5-1, Williams received a preemptive standing ovation. She held on grimly and saved five match points in vintage fashion, but with the sixth it was all over.

Having thought her career would have ended with an injury-forced retirement at Wimbledon last year, this was certainly a much more appropriate way to say goodbye, but one that also lets Williams know she’s still at the top of the game. can compete.

“I’ve come a long way since last year at Wimbledon,” she said. “I think it’s much better to make it another moment.

“It’s a lot of work to get here. I’m clearly still able. Much more is needed than that. I’m ready to become a mother, to discover another version of Serena. Technically I’m still super young in the world, so I want to have a bit of a life while I’m still walking.”

She was reluctant to close the door completely again, adding with a smile during the press conference: “I’ve always loved Australia.”

But Williams has been open about wanting another child, as well as spending more time with her five-year-old daughter Olympia and focusing on her business interests.

She anticipates a role in tennis in the future, saying: “Tennis has been such a big part of my life, I can’t imagine not being involved in tennis. I don’t know what that involvement is yet.”

The stream of tributes from not just the sports world, but across the spectrum spoke of Williams’ enormous influence, which will continue for many years to come.

“The different looks, the fist pumps, the insane intensity. Passion is a very good word. Just keep going with ups and downs. I could go on. But I’m honestly so grateful that I’ve had this moment and that I’m Serena.”

Tomljanovic, who will go on to play Liudmila Samsonova, treated himself with great dignity and described the moment as “surreal”.

She said: “I’m very sorry because I love Serena as much as you do. What she has done for tennis is unbelievable. I never thought I’d get the chance to play against her in her last game when I watched all those finals as a kid.” 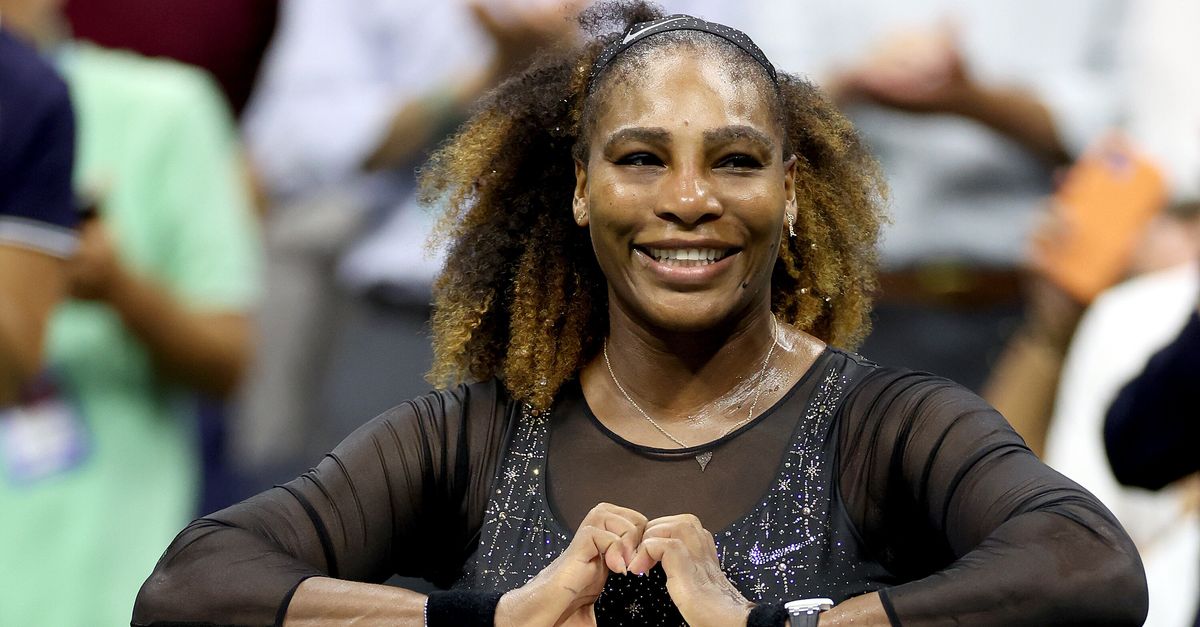 Lucas Paqueta is a ‘Harrods’ signing for West Ham