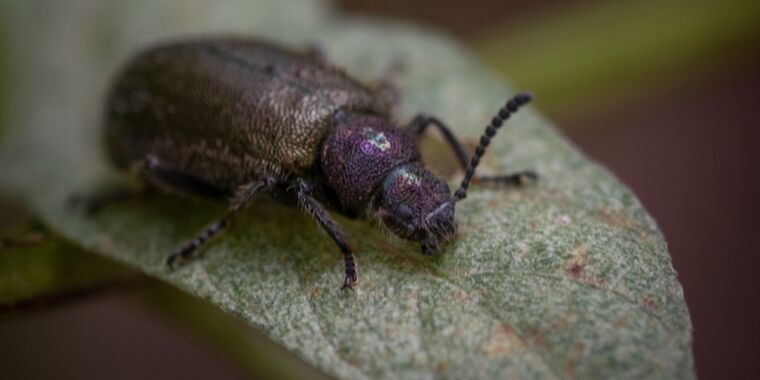 Certain species of beetle have evolved unusual “back pockets” to safely house symbiotic bacteria during metamorphosis – the only known case of this in insects. It is part of a mutually beneficial arrangement, as the bacteria protect vulnerable larvae and pupae from fungi. Scientists have also determined that only adult females retain these symbiotic bacteria, pushing the populations out of those back pockets via friction toward the genital area when they emerge from their pupae, according to a new paper published in the journal Frontiers in Physiology.

“We show how an insect can retain beneficial microbial partners despite the drastic rearrangements of body structures that occur during metamorphosis,” said study co-author Laura V. Flórez of the University of Copenhagen. “By customizing unique ‘pockets’ on their backs, Lagria beetles manage to maintain their protective symbionts and facilitate their migration into newly developed adult organs during pupation.”

There are many examples of microbial symbionts in nature. For example, the Hawaiian bobtail squid has a built-in flashlight to help the creature navigate those murky nighttime waters, hunting prey and in turn hiding from predators. It’s a special organ at the bottom, a handy little cavity with colonies of bacteria, vibrio fischeria. Once that bacterial colony reaches a critical threshold, they all begin to glow, serving as a light source for the squid. Aphids, tube worms, digging wasps, grain beetles and bean bugs have also developed symbiotic relationships with microbes for various purposes.

And then there are beetles. Beetles are distinguished from other insects by forewings that harden into wing cases called elytra. Beetles undergo a complete metamorphosis, ie a complete physical reorganization over the course of different stages of development: from egg to larva, to pupa, to the emergence of an adult from that pupal stage. So all symbiotic bacteria have to adapt accordingly during those stages of development.

The current study focuses in particular on two beetle species: Lagria hirta (L. hirta) and Lagria villosa (L. villosa), both of which harbor a community of microbial symbionts throughout their life cycles. L. villosa‘s symbiotes are dominated by a particular strain of Burkholderia bacteria that have lost the ability to be motile and would probably not survive long outside their host beetles. Flórez and her research colleagues at Johannes Gutenberg University in Mainz, Germany, wanted to learn more about how the beetles maintain and protect their symbionts during metamorphosis.

The team gathered L. hirta beetles in Germany in 2020, breeding them in an outdoor terrarium to simulate natural conditions. The offspring were collected in 2021. The L. villosa specimens were collected in Brazil in 2019 and grown in plastic containers in a climate chamber. Next, the researchers compared the concentrations of symbiotic bacteria and the morphological structure of exoskeletons in men and women.

They found that the beetles had three bilobed protective sacs on the back of the thorax during the larval and pupal stages to house symbionts. Female beetles also received symbionts between the bristles on the back of the head. But adult males lost their symbionts, while the bacterial populations in adult females shifted to the genital area. florez et al. concluded that there must be a mechanism for the movement of the symbionts on the outer surface — especially for those bacterial species that lacked motility — and thought friction might be key.

To test this hypothesis, five early L. villosa pupae were inoculated with fluorescent beads to simulate the transfer of the symbiotic bacteria. Two of the female adults that emerged were carefully dissected, taking pictures at each step to track the location of the beads. A male adult was also dissected as a control.

The results confirmed their hypothesis. “The symbionts move from the highly exposed egg surface to colonize the sacs on the backs of the larvae and pupae,” said study co-author Rebekka S. Janke, a graduate student at Johannes Gutenberg University in Mainz. “Eventually they end up in specialized glands associated with the reproductive system of adult females.” When the adult female lays her eggs, those symbiotic bacteria are squeezed out of the glands and deposited on the surface of the eggs, protecting them during metamorphosis, and the life cycle starts all over again.

That explains why only the adult females retain their symbionts into adulthood. “In the adult stage, the main purpose of the symbiotic organs seems to be to enable successful transfer to the egg stage and to the next generation,” Flórez said. “Since only females lay eggs, male adults may not need to carry these precious symbionts and are a dead end for the bacteria.”

Are ethical hackers the answer to digital security? 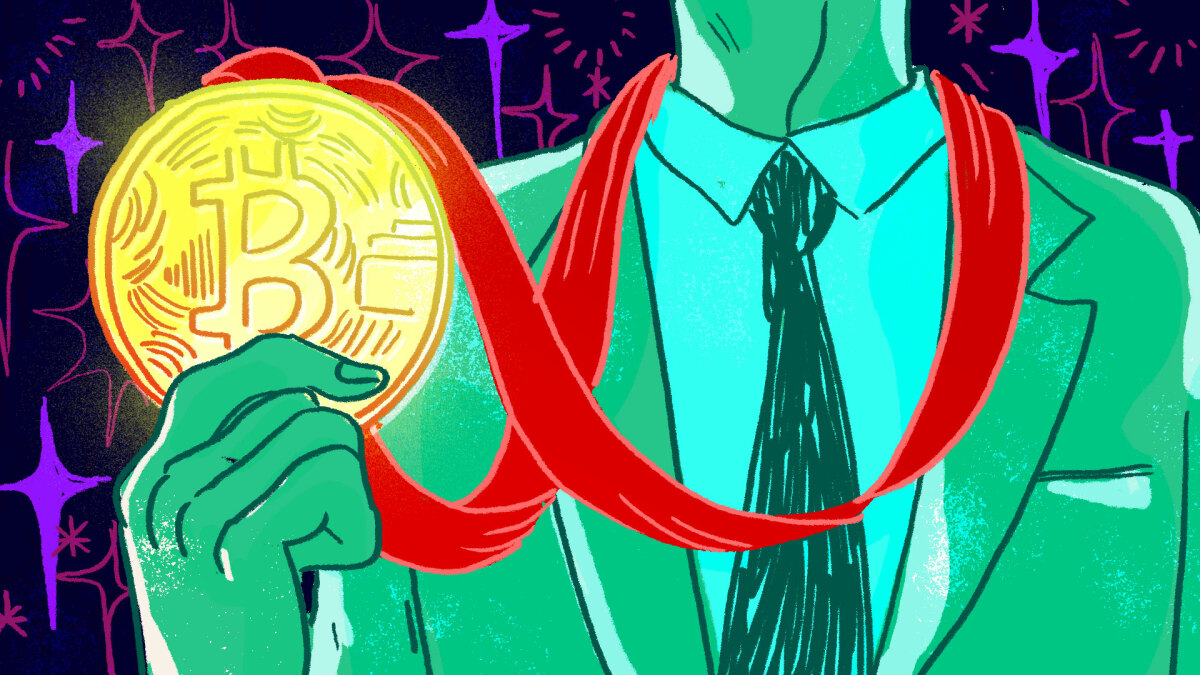 From Applebee’s to the nation of Tuvalu, these are the 5 weirdest Web3 pivots

Caste Discrimination Banned by Apple, But Not by US Law