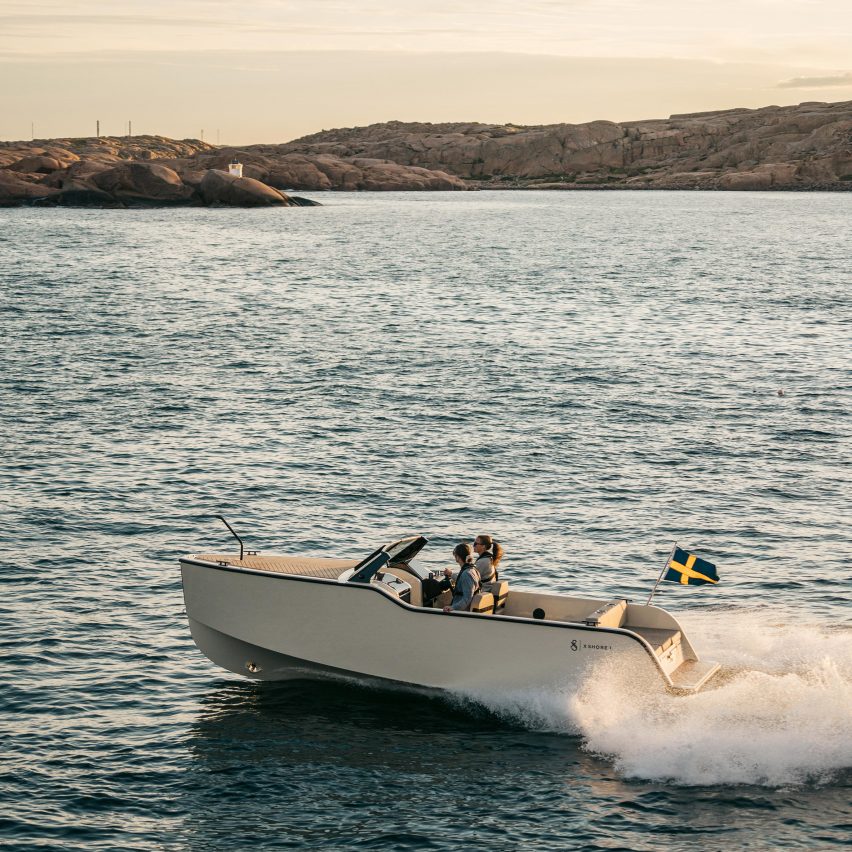 Swedish electric boat manufacturer X Shore has launched its latest model X Shore 1, which is designed to be lighter and cheaper than its predecessors to bring electric boating to a wider audience.

Unlike the company’s first model Eelex, X Shore 1 sells at a price that makes it competitive with fossil fuel boats, according to X Shore.

“With the launch of the X Shore 1, X Shore hopes to encourage a new generation of boat owners and show them that electric boating is not only the future, but also the present,” said Jenny Keisu, CEO of the company. 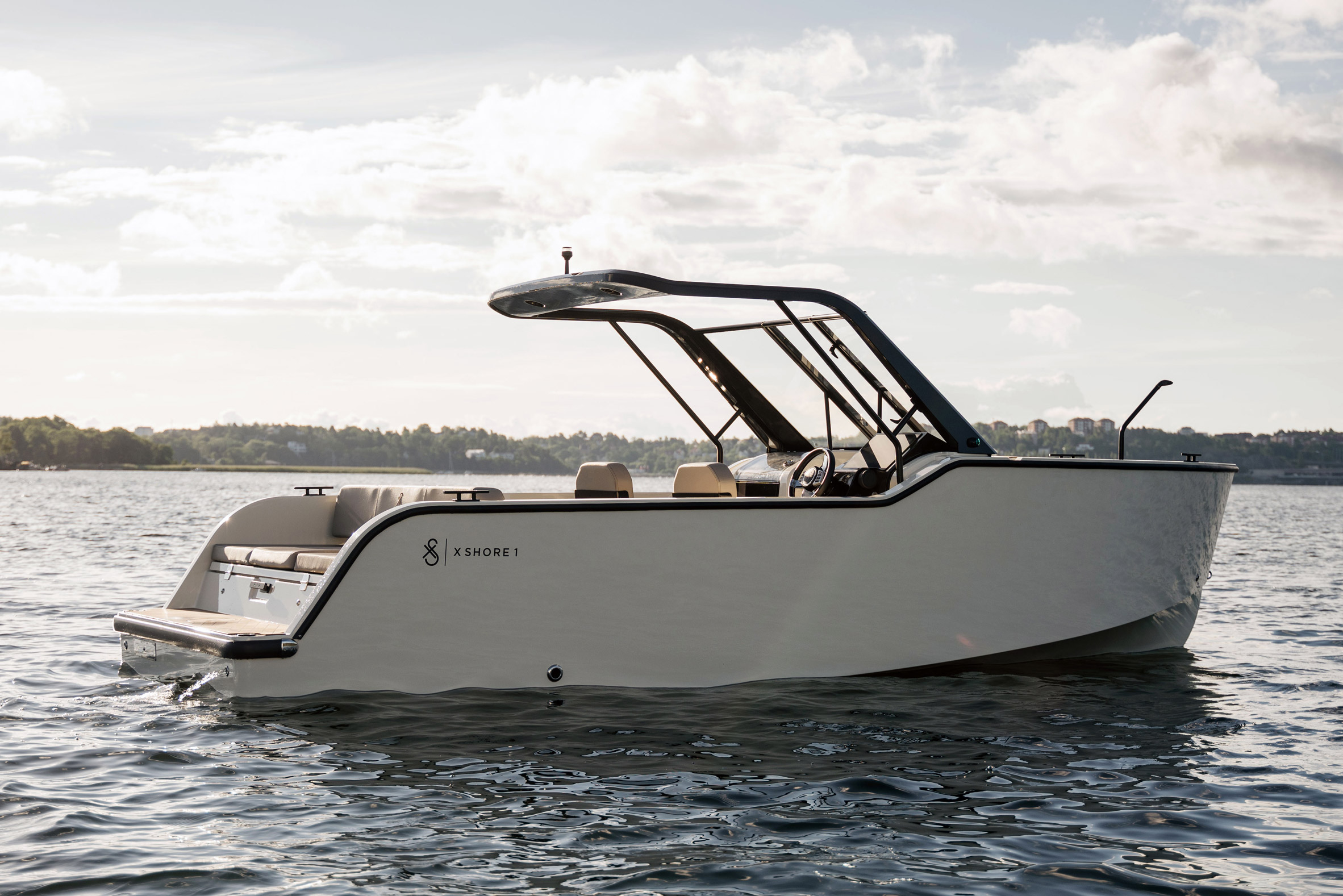 X Shore 1 is cheaper than other electric boats

The vessel will be sold from €99,000, which, according to X Shore, is about a third of the price of other high-performance electric boat models.

This cost saving was achieved by making the 6.5m boat lighter and more efficient than X Shore’s previous vessels, requiring only one battery. This also reduces the boat’s carbon footprint, the company says.

“The X Shore 1 is both light and more efficient through the water than most other electric boats,” X Shore chief designer William Blomstrand told Dezeen. “It’s a combination of smart design and the right choice of materials.” 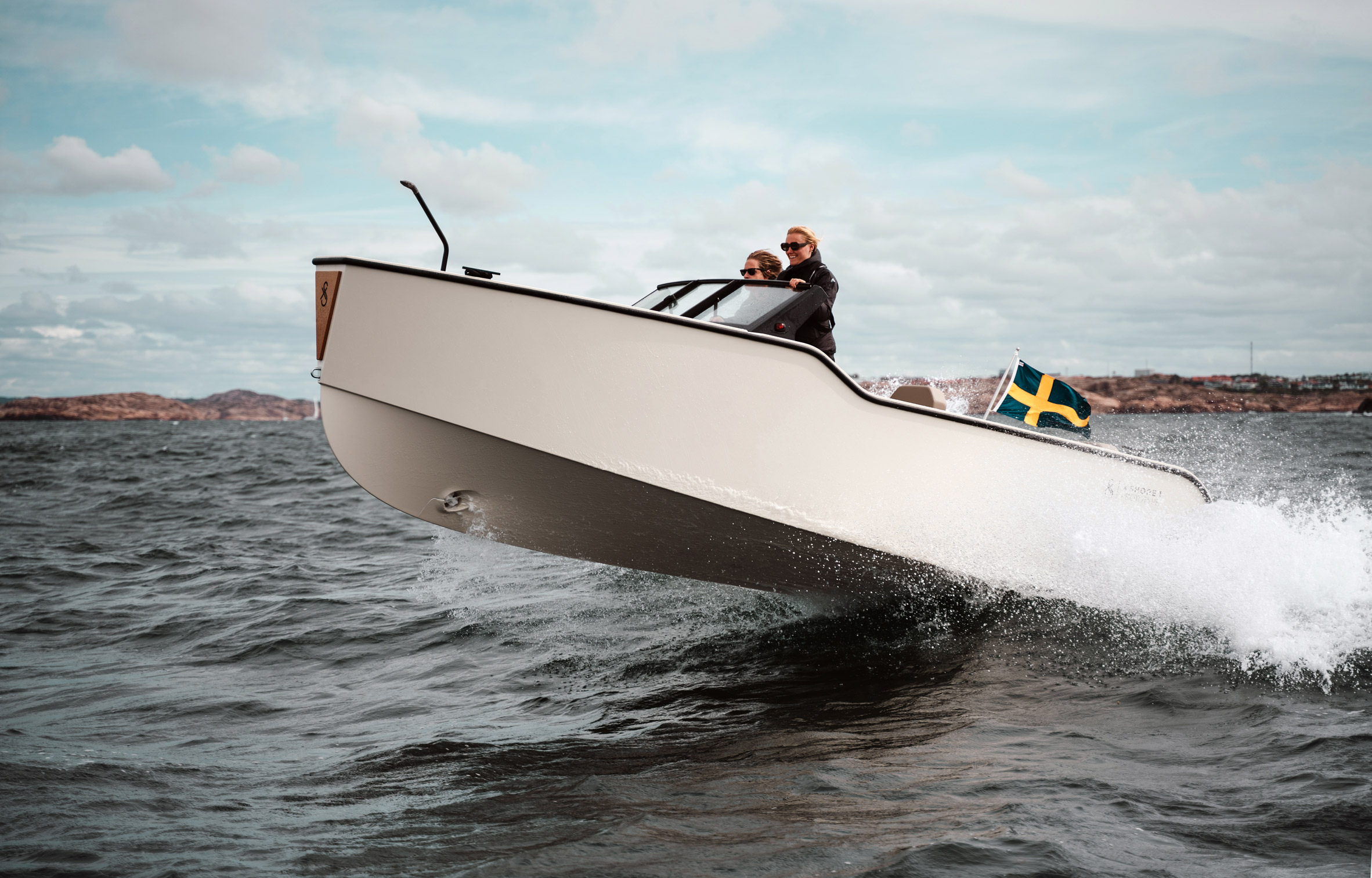 The fuselage is designed to be lighter and more efficient

The company manufactures the vessel in-house at its plant in Nyköping, Sweden, using a mix of carbon fiber and glass fiber pre-impregnated with epoxy.

This method makes the hulls lighter and stiffer than comparable products, Blomstrand says, while using less plastic and no Styrofoam.

“From a design philosophy and ethical point of view, we’re not trying to push ‘less is more’, but rather ‘less is better’,” he said. “Less material ultimately means less impact on our planet. But less also means lighter, which improves performance. Less often also means more affordable.” 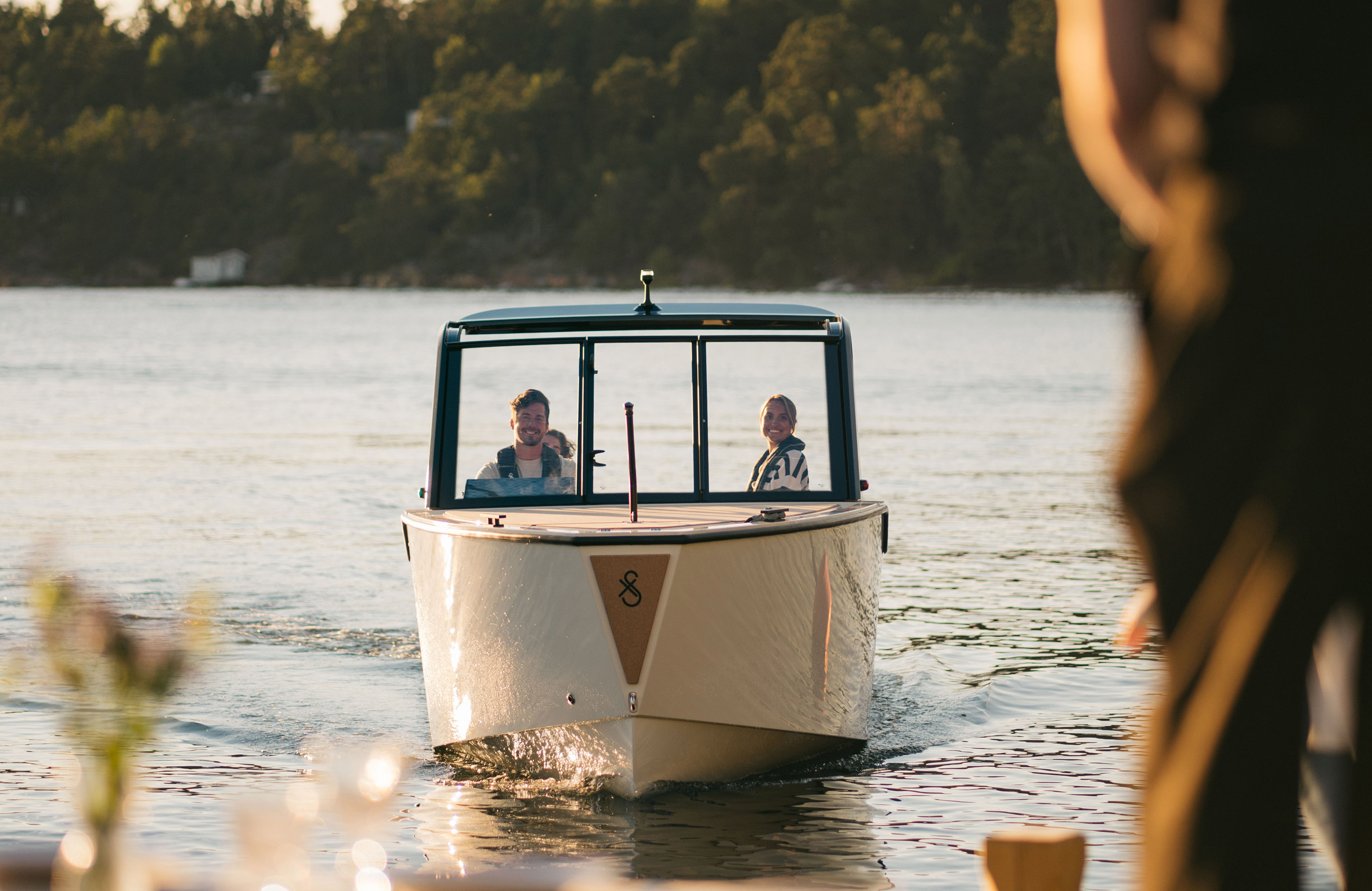 Only one battery is needed to power the boat

Designed for recreational use, X Shore 1 has an open transom with a swim platform and full-width sunbed at the rear. The sunbed can also be converted into a sofa with a backrest that supports the seated persons forwards or backwards.

The foredeck – made of cork rather than traditional teak – can also be used for sunbathing, while a cuddly cabin below offers space for storage.

There are two configuration options for the boat: one with a cantilevered roof and retractable awning for weather protection, and one that is fully open. 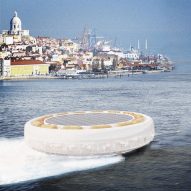 Blomstrand says X Shore’s Scandinavian heritage is evident in the boat’s nature-inspired color palette, as well as in its minimalist hull shape and “timeless look”.

X Shore 1 has a range of 50 nautical miles at lower speeds, with a top speed of 30 knots and a cruising speed of 20 knots. 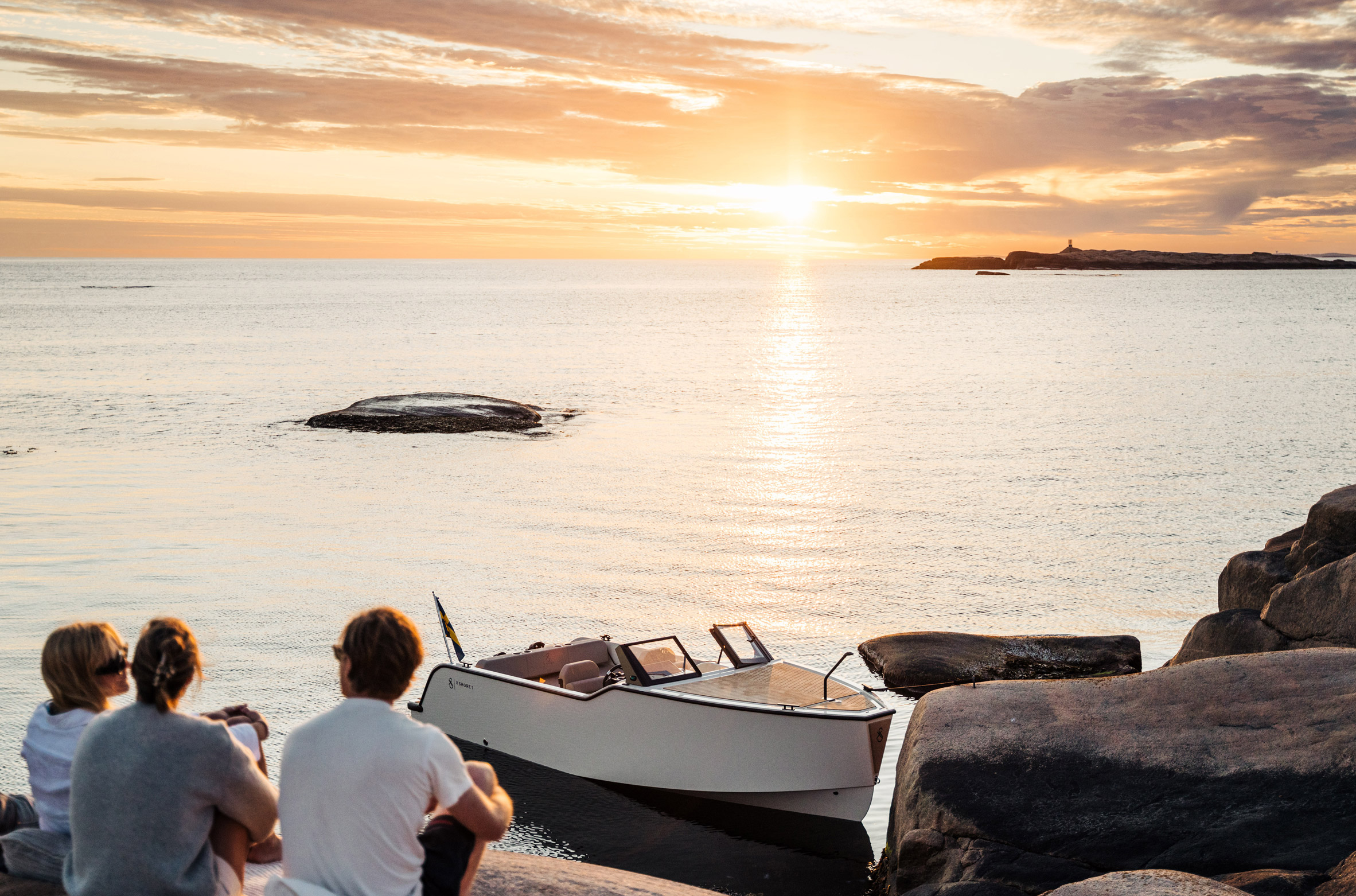 Boating needs to be electrified urgently, according to X Shore, as it emits a significant amount of fossil fuels. Just 50 hours on a six-by-10-meter boat can produce equivalent emissions to seven round-trip flights between New York and Central Europe by plane, the company estimates.

Another company in the consumer electric boat market is the Netherlands-based Edorado Marine, which focuses on high-speed craft. 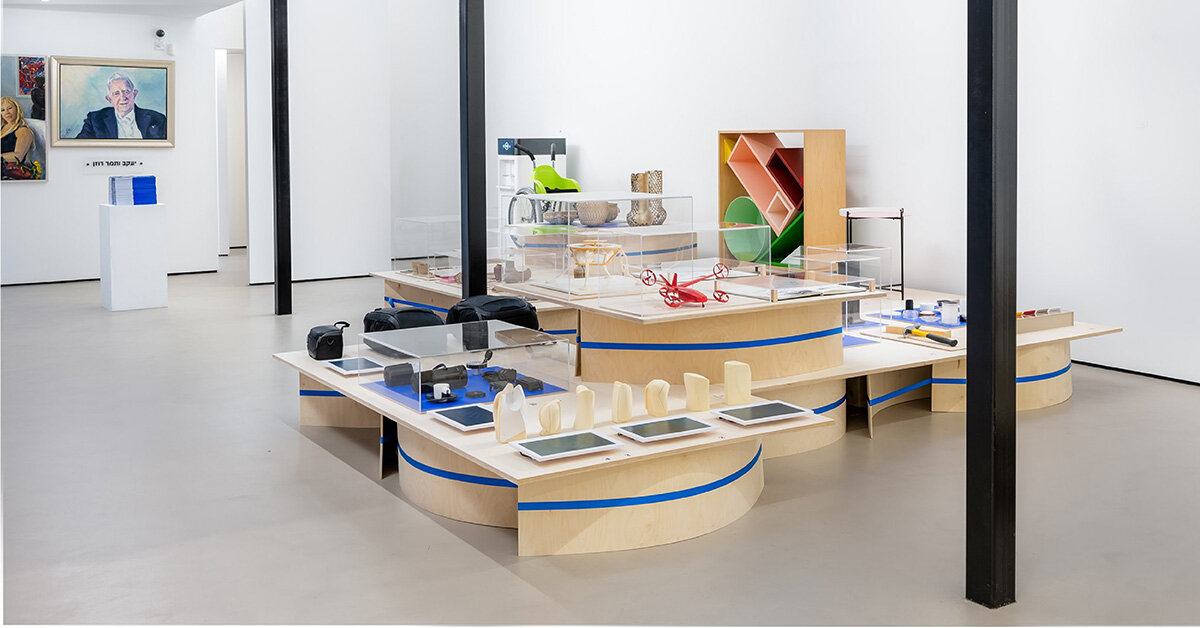 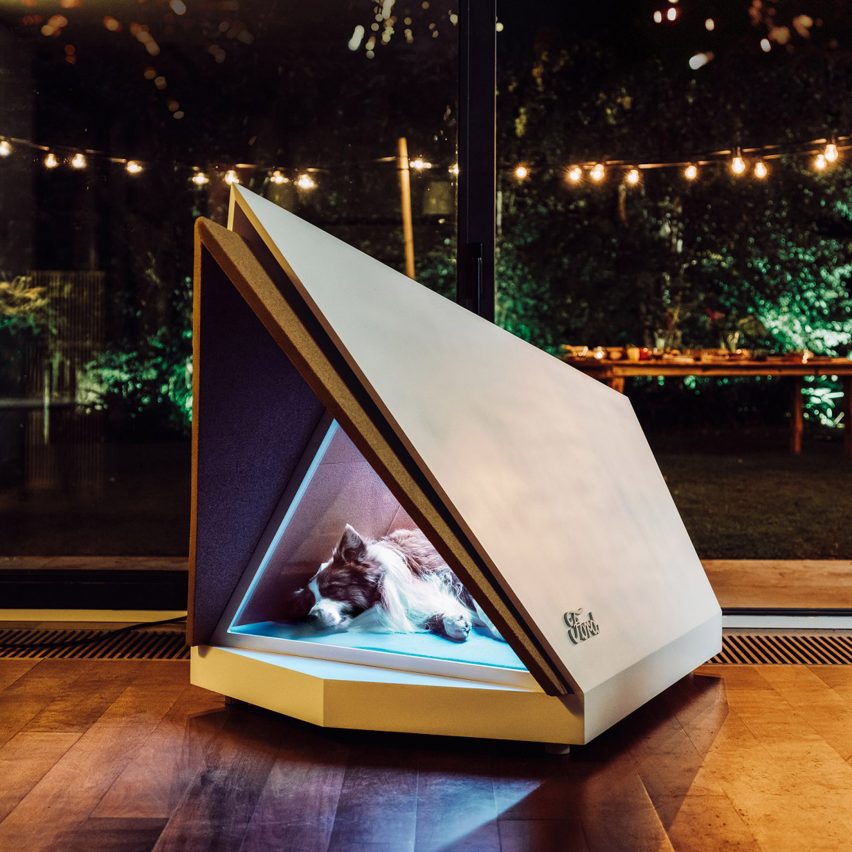 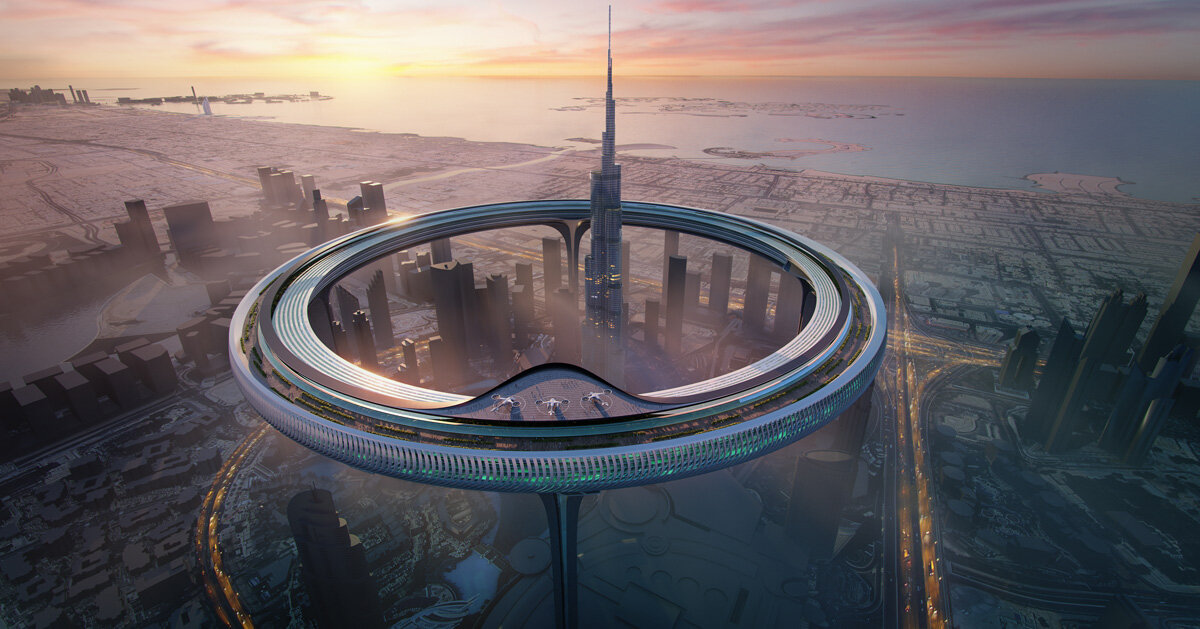